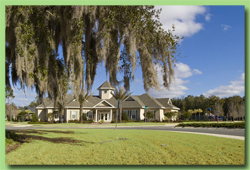 Longleaf is located on the SW side of Gainesville in a very desirable area. Many resident physicians love this area because it is so close to UF, Shands, Butler Plaza, shops and restaurants.

Longleaf has an active home owners association. The association maintains the landscape in the front and part of the sides of these homes. The community has a beautiful Club House, tennis courts, and walk in pool. There is a kiddie pool and playground. The neighborhood has street lights and sidewalks. 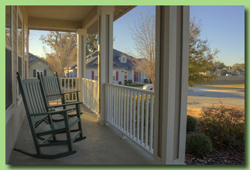 Most of these homes have small back yards, some fenced and some have the lane for the garage and very small yard in the back. There are sprinkler systems so the front landscape always looks fantastic, back yards are maintained by the owners and not always in the best shape.

These homes have side and back lanai areas, split plans, and upgraded kitchens and baths that may include granite and large tiled floors. The homes usually have tall ceilings and many have crown moldings.

There are two builders that compete and both built a great home. This subdivision has been active since 2004 so there is turnover.

There are numerous homes in this subdivision. They range in heated and cooled square foot in the 1200 range to over 3000 square feet. The lots can be .1 acre to .33 acres. They are 3 and 4 bedroom and have 2 or 3 baths.

There are 22 homes for sale in this subdivision as I write this. I will divide this now into two sections – the pre 2010, and the 2010 and newer for price point clarification. Obviously, newer homes sell for more than older homes.

There are 8 homes under contract waiting to close. We call these in “Pending” stage because they are pending contingencies waiting to close. There are 2 that are pre 2010,  however, these numbers are a bit skewed since they were either short sale or bank owned. They were asking  $101 average per sq foot when they went under contract. The 6 remaining were asking $135 per sq ft when they went under contract. Should be interesting to see what all these actually close out for.

There are some very nice homes in this neighborhood and it is worth taking a good look.

When I am not being a workaholic selling Real Estate, I like to explore the many park like trails in the area, travel to mountainous regions across the U.S., or go fishing on the deep blue sea. I was born in northern Wisconsin, lived in Key West for 30+ years, then moved to Gainesville in 2003. Love the people here. Text or Phone 352-373-0018. Email- Bonnie@we-promise.com View all posts by Bonnie Seide »

Feel free to contact us using any of the options below.  We've included a quick contact form for your convenience as well.  We look forward to assisting you.

Learn more about Seide Realty or contact us below...