We’re in the main sales season now, and it’s time to look at how different neighborhoods are performing. 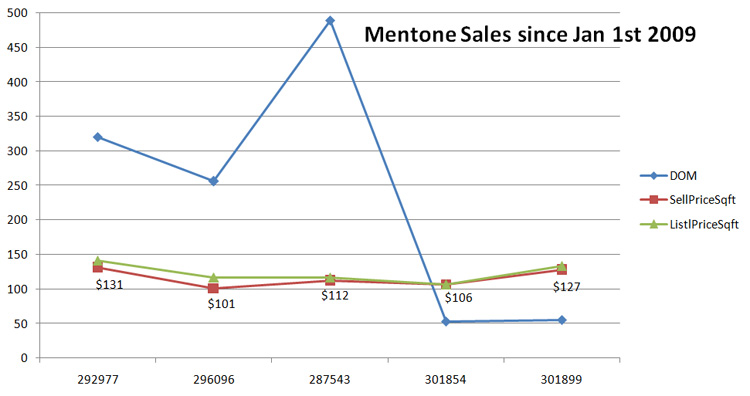 From a glance at the interior photos these homes were in decent condition, some with more upgrades than others but within what is expected of the area.

There are 4 homes under contract, but three of them went under contract 6 or more months ago.  It’s unusual to see such a long time to closing – it may mean that they are in a rent-to-own situation or something else that allows such a time frame. (They were asking $121, $124, and $125 per square foot.)

The one house that is newly under contract was listed 3/20/09 and only on the market for 5 days before getting an offer that was workable.  It was listed for $249,900 ($116/sqft) and we’ll have to wait to see what is closes for (hopefully only for a few more days!)