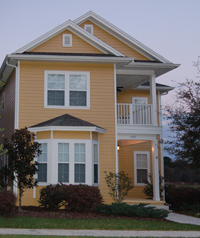 There are 9 homes listed for sale as of this writing in Town of Tioga subdivision.

The median asking $/sqft of homes for sale now is $148 – about $12/sqft more than the homes above sold for and $20 higher than the resale homes.

There are 3 homes under contract waiting to close. They range in age from 2003 to 2006. Their heated and cooled space ranges are 2030 to 3104. The asking prices ranged between $278,500 to $464,912.  The actual sale prices won’t be revealed until these sales are finalized and are recorded at the courthouse.

In Town of Tioga there is about a 6 month supply of inventory.

Homes that sold were priced very close to market value when they were listed (only 4% higher), most of them sold within 3 months of going on the market. They closed from a low of $119/sqft to a high of $174/sqft – if we exclude new homes the prices went as high as $153/sqft and the median was $128/sqft. This is what buyers are paying and is very relevant to the market value of existing homes – keep in mind that the higher cost homes were brand new construction and adjust for that.

The homes that were withdrawn/expired recently aren’t significantly out of line with the prices or sizes of the sold homes. What does stand out is that they have been on the market much longer – most of them over 6 months. There was obviously something about these homes that buyers didn’t like, so even though they are priced similarly to the comps there is a money issue with these homes – it seems like they are overpriced and/or they need work done to make them more attractive.

The lot size, location, and upgrades play a big part in the values in Tioga. There are a lot of differences on those grounds in there, and prices will reflect that.